WE APOLOGISE FOR THE INCONVENIENCE THIS MAY CAUSE

Europe has an abundance of different Christmas traditions. If you fancy celebrating Christmas differently than usual, maybe you should travel to another corner of Europe for the experience. We have compiled a variety of Christmas traditions from a number of other European countries, which you can read about in this blog post.

For many children, the highlight of December is the moment where they are allowed to unwrap their presents. From this point of view, the children of the Netherlands are the luckiest. They get to open presents already on “Sinterklaas” on December 5th, after ‘Zwarte Piet’ – or Black Peter – has dropped by with the children’s presents during the day.

In Sweden they treasure the old Christmas traditions

Yule goats made out of straw represent one of the ancient Swedish Christmas traditions, which the Swedes struggle to preserve. In the Swedish town of Gävle, they have been erecting a 13-metre-high, 7-metre-long Yule goat, weighing more than 3 tons, on the town square since 1966. Burning down the Yule goat has become something of a sport. The very first time that the goat was erected in 1966, it was burned down, and this has happened more than 25 times since.

In Norway they hide their brooms

In Norway they have a Christmas custom inspired by an ancient superstition. Many Norwegians hide their brooms on Christmas Eve before they go to bed. They do so, because an ancient superstition claims that evil spirits and witches return to Earth on Christmas Eve. So, according to tradition, if you hide your brooms, you have a better chance of keeping the witches and evil spirits at bay.

In Ukraine they decorate their Christmas trees with cobweb

In Ukraine there is also a tradition that the youngest child in the family has to look for stars in the sky. Once the child spots the first star, everyone can start opening their presents. This tradition is also well known in Poland.

In the Czech Republic, Christmas Eve is a particularly exciting time for unmarried women. According to a Czech Christmas tradition, unmarried women stand with their back to their front door and throw a shoe over their shoulder. If the shoe lands with the toe pointing towards the door, this is a sign that the woman will find the love of her life before the Christmas the following year.

In Finland Christmas isn’t Christmas without a sauna

In Finland, the importance of the sauna is rooted in ancient Christmas traditions, in which the sauna was regarded as a sacred place. The Finns believe that at Christmas time a sauna elf hides in the sauna: according to superstition, the elf is the family’s protector. So the Christmas custom in Finland involves lighting the sauna and spending lots of time in it before Christmas dinner.

The Finns are also convinced that Father Christmas lives in Finland and not in Greenland or at the North Pole. 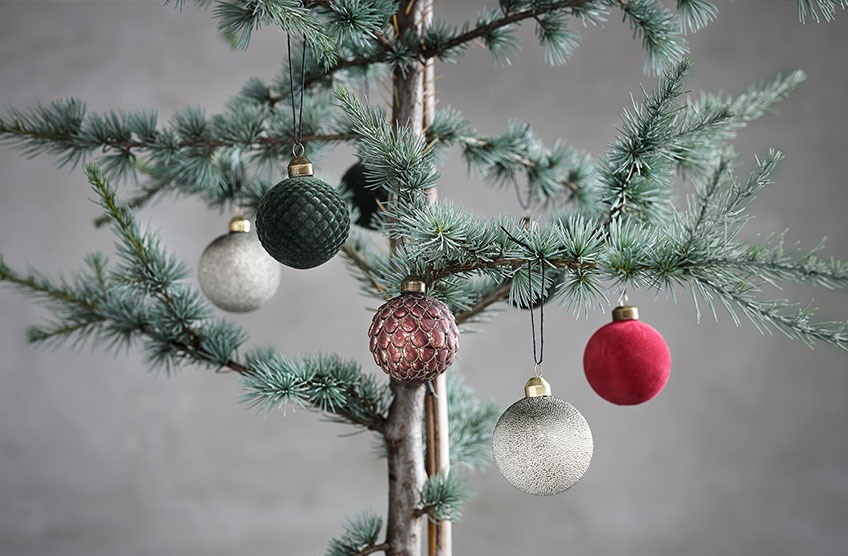 Dreaming of a Red Christmas?